The Nameless Detective and Pulp Audios 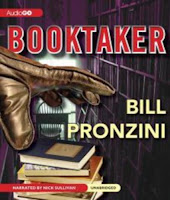 Wow, busy busy! I have just way too much going on right now and it is keeping me from dedicating the time that I should to The Pulp Reader.  But until things simmer down, I have some interesting stuff for you to check out.
First up, Jesse over at SFF Audio has alerted us to a free ebook in Bill Pronzini's series of "Nameless Detective" stories.  The story is Booktaker and takes place in a bookstore. Besides being a fun mystery, there's lots of talk about pulps and the pulp aficionado will probably get a kick out it. Being a Bay Area native, Bill luxuriates in describing San Francisco scenery in just enough detail to where other San Franciscans can really visualize the surroundings of the story, which is also a lot of fun.  Head over and check it out.
In Other News:
There's two fairly new groups who are adapting some classic pulps to audio.

One is called Pulp Radio and they are adapting a broad spectrum of pulps, from Detective to SciFi to Western.
From Pulp Radio's info page:

At the Pulp Radio Network, we've combined two of our favorite entertainment forms – "pulp" fiction and audio drama – to create an exciting new dimension in listening. 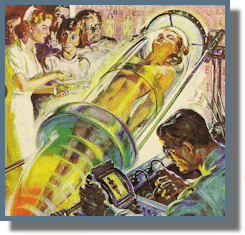 We take favorite pulp stories – in all genres – from the popular fiction magazines of the 1930s, '40s, and '50s ... adapt them to the audio format ... then record the stories in stereo with professional casts, live sound effects, and complete music scores.


We're a bunch of pulp fiction fans who also love audio drama. So we decided to combine the two.
Our group is led by Roger Rittner, an award-winning communicator and producer of audio programming for National Public Radio, local Los Angeles radio stations, and commercial clients.

The cast and crew of Pulp Radio are accomplished voice and sound effects artists, and audio production professionals. You've heard their work in hundreds of films and television shows, radio commercials, and video games.

The other is AudioComics which is concentrating on Hero Pulps. Press release:

Contact: Lance Roger Axt and William Dufris, Co-Producers (audiocomicsinfo@gmail.com)
Captain Zero. The Woman in Red. The Domino Lady. Secret Agent X. The Black Terror. Airboy and Valkyrie. The Flame. Ms. Masque. Beginning in 2011, these classic pulp heroes and comic book characters from the 1930’s and 1940’s will come to audio drama for the first time in brand new stories from today’s leading pulp authors as The AudioComics Company presents its follow-up project to their critically-acclaimed adaptation of Elaine Lee and Michael Kaluta’s Starstruck: the Men of Mystery series.
AudioComics Company founders William Dufris and Lance Roger Axt: “For these stories, we’re keeping these characters rooted in their origins and time periods: Hammett’s San Francisco and Chandler’s Los Angeles. California in the dirty thirties and forties was the new wild west: immoral, violent, and wearing the white hat and a badge didn’t mean you didn’t have suspect motives. With the lines so badly blurred, the only way to meter justice was behind a mask.

“Furthermore, characters such as The Black Terror and The Flame will be written with a ‘pulp sensibility,’ as if they were originally written as pulp heroes. Men of Mystery adventures will feature all of the suspense, all of the hard-boiled action, and the breakneck cliffhanger energy of classic movie serials. Suffice to say, we’re very excited to commence work on this!”
Writers and CD/Mp3 artists will be announced in the new year, with recordings commencing in late 2011 in San Francisco, beginning with several new Green Lama and Domino Lady stories. MoM plays will be released first as pay-per-download Mp3 serial recordings and then to community radio stations, with collected compact disc “audiothologies” available starting in 2012. In addition, The AudioComics Company will release several free short MoM pieces as digital content for mobile phones.
The AudioComics Company provides superior audio entertainment with its professional full-cast audio theatre adaptations of licensed and original properties from the worlds of comic books and graphic novels, and related genres. Our productions of classic, contemporary and world premiere properties will reach new audiences far beyond readers and comic book fans through the universally popular entertainment medium of multi-track recorded sound and music on CD and in downloadable form, accessible in today’s market with today’s sound. For more information, visit us www.audiocomicscompany.com.