In 1954 Mickey Spillane wrote and performed a Mike Hammer bit on an extended play 45 RMP record which tells the story of how he first met Velda who would later become his secretary. Velda is played by Betty Ackerman with music written and performed by Stan Purdy. So if you ever wondered what Mickey Spillane sounded like, especially when acting as his quintessential PI, head over to The Pulp Reader facebook page to check it out. 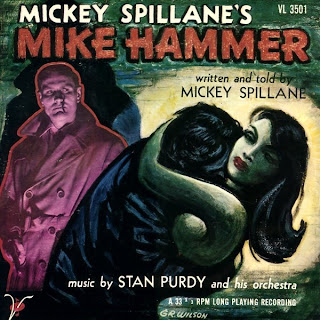