The mysterious yet prolific Robert Sampson wrote a lot of reference books about the world of the pulps. Some are limited editions that now sell for astounding amounts of money, if they are findable at all. Certain books may never come to light again such as his seminal work on Norvell Page's SPIDER.
But Popular Press, an imprint of The University of Wisconsin has made available to Google Books several of Sampson's other texts. These are titles which are more readily available on the market, but hey, this is free... if you don't mind reading online. Certain sections of each book seem to be missing, but I'd say 90% of each is present.
Click the book TITLE to go to the books! 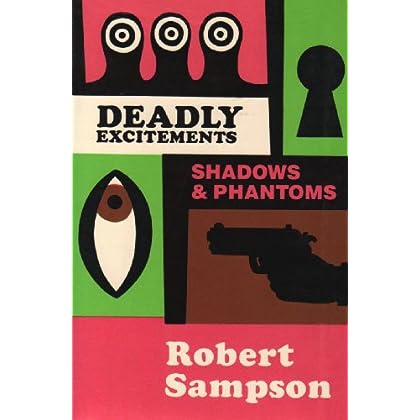 GLORY FIGURES
The pulp magazines dealt in fiction that was, by reason of the audience and the medium, heightened beyond normal experience. The drama was intense, the colors vivid, and the pace exhausting. The characters moving through these prose dreams were heightened, too. Most were cast in a quasi-heroic mold and moved on elevated planes of accomplishment.
This book and its companion volumes are concerned with the slow shaping of many literary conventions over many decades. This volume begins the study with the dime novels and several early series characters who influenced the direction of pulp fiction at its source. 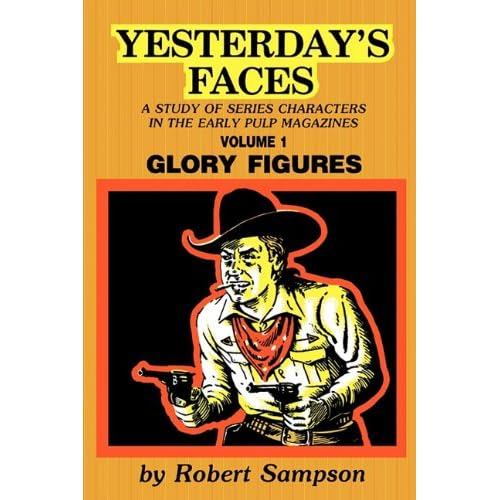 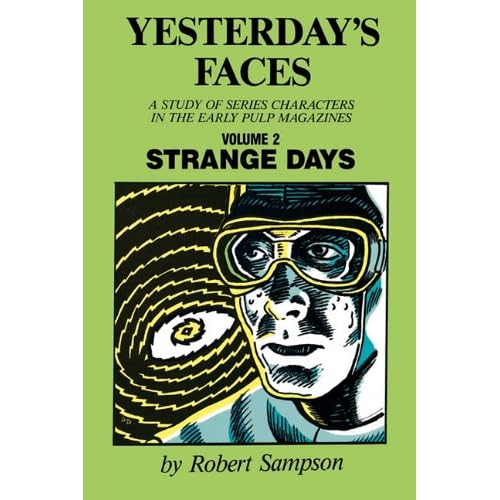 THE SOLVERS
For the fourth volume of this series, Robert Sampson has selected more than fifty magazine series characters to illustrate the development of the character of the detective. Included here are both the amateur and professional detective, female investigators, deducting doctors, brilliant amateurs, and equally brilliant professional police. There are private detectives reflecting Holmes and hard-boiled cops from the parallel traditions of realism and melodramatic fantasy. Characters include Brady and Riordan, Terry Trimble, Glamorous Nan Russell, J. G. Reeder, plus many others. 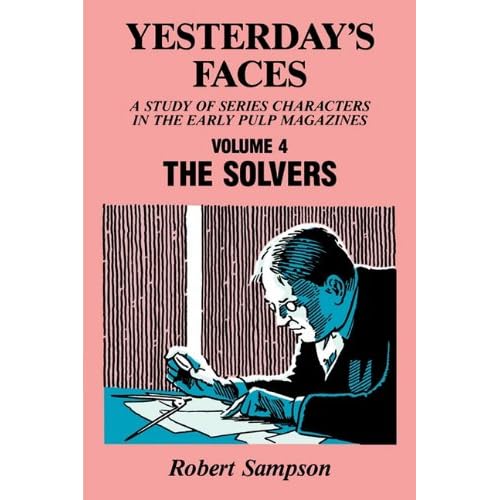 DANGEROUS HORIZONS
In this fifth volume of the Yesterday’s Faces series, Robert Sampson has selected a host of series characters who adventured throughout the world in the 1903–1930 pulps. Sparkling brightly among these characters are Terence O'Rourke, Captain Blood, and the ferocious Hurricane Williams. More characters include Peter the Brazen, in China, Sanders of the River, in Africa—and much, much more.
Posted by shonokin at 10:02 AM

If I remember correctly, Bob Sampson worked for NASA in Huntsville, Alabama, so he would have fallen under the cliche classification of being "as smart as rocket scientist". He was a force in those days, writing with prospective and grace. His work was like little capsules that one would take and end up a bit pulp smarter.

I am a little unsure why you called him mysterious, he was known and accessable during the time that he was researching pulp magazines. However he did hold one mystery for me. That was how he could read so much so quickly. It was as if he would read an entire pulp novel for lunch. The breadth of his reading was impressive. One has to wonder as he was cramming so much knowledge into one brain if ever for a nanosecond, he confused some psudo-science from a pulp story about going to the moon with the real thing.

His prose was a pearl. Later, he began emerging as a writer of hardboiled short stories with contributions to the revived Black Mask. Then death took him.

Thanks very much for the info Daryl!