When I was in art school I read a 1991 issue of American Cinematographer which had an article on the Lydecker Brothers. Theodore and Howard Lydecker were special effects geniuses who made their names working on Republic Pictures' cliffhanger serials. Some of the iconic imagery that comes to mind are the flying wing used in Dick Tracy (1937) and later reused in The Fighting Devil Dogs (1938). Using life-sized (and bigger) mannequins on string they made a generation of kids believe Captain Marvel and Commando Cody could fly. They created a lot of miniature sets and blew most of them up.
Building sets outdoors to take advantage of natural lighting and skillfully use forced perspective landscapes and models, they created a lot of truly amazing visual effects. And especially while at Republic, always done on a shoestring budget. 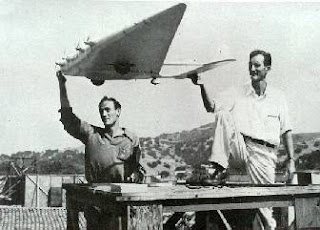 er in their careers they worked in movies such as Sink the Bismark (1960), Fair Wind to Java (1953) and The Flying Tigers (1942) with John Wayne, which was considered for an Academy Award for best special effects, though the Academy board thought the aerial dogfights the Lydeckers created were purely real, causing some disbelief and uproar.

Eventually they transitioned from film to television productions such as Irwin Allen's Voyage To The Bottom Of The Sea.

Well, in this American Cinematographer article on the Lydeckers I got an inkling of what these guys were about. They were hands-on, crafty and tricky artists who created movie magic not on a computer, but out of carpentry. Using wood and nails, chicken wire and paper-maché. But sadly there was scant information beyond this one article about their work. No books, no documentaries and just a passing mention in books about special effects or cliffhanger history. This was something I really lamented because I could so easily visualize the adventure of working on the set with the Lydeckers. I wanted to be able to read more about their moments of triumph and disaster. 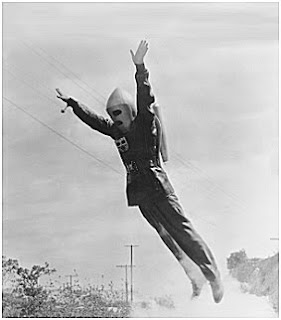 Well now it's time to rejoice.

Jan Alan Henderson, who wrote that 1991 article was requested to fill that original piece out into a full fledged book. And it is now out through some mail order venues but primarily through amazon.com for the time being.

As someone who has bookshelves full of eldritch tomes on movie making, special effects, radio, television and cliffhanger histories, I am impressed with the large amount of photos in this book of which 98% I have never seen before. Henderson has a thoughtful and personal angle to the whole narrative and is able to weave a human story into a lot of behind the scenes info.

This book has needed to be made for years and I'm glad that it has finally arrived. You can find THE LEGENDARY LYDECKER BROTHERS at amazon.com. 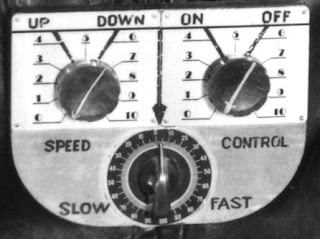 If you're not sure about the book, check out more online info on the Lydeckers at The Matt Shot blog and at VTTBOTS.com

great review, and I plugged it (and your blog) on the Xenorama facebook page.

Thanks David. Unfortunately I'm about 60 pages into actually reading it and the pictures are turning out to be the highlight, whereas the text is rather glib and strikingly bereft of much info on the Lydeckers themselves.

If you're into behind the scenes PHOTOS this is a must buy. But if you want to read any sort of in depth info on the lives and process work of the Lydeckers, at least so far I can't recommend it. I'll get to the end of it before I really give a public review, but right now I'm feeling pretty glum about what is written.