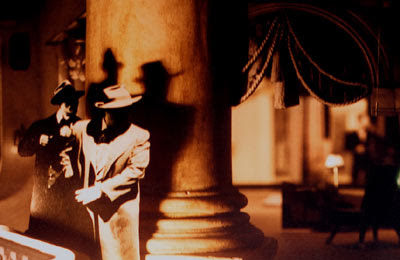 From the Curious Pictures profile on Osbert Parker:

For the past three years Parker has been experimenting and crafting two short films that are receiving great acclaim on the international film festival circuit. “Film Noir” was nominated for best short animated film by the British Academy of Film and Television Arts in 2006 and also was nominated for the Palm d'Or at the Cannes Film Festival that year. "Yours Truly," which received the best short animated film award at this year’s British Animation Awards, was also nominated for a BAFTA in 2008 and selected for Sundance. Both films have been screened at the Telluride Film Festival.

He is currently creating the third short in his “Noir” trilogy and developing a mixed-media feature. 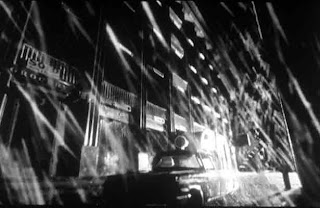 I go back to these clips from YOURS TRULY and FILM NOIR on a regular basis. I think they are rich in texture and depth, being pregnant with many possibilities for story threads.

As an animator who started out in the 70's animating in stop motion, I have a special fondness for the medium and a deep appreciation of artists who utilize it well, such as Mr. Parker does. I do hope that once his third installment is completed that the trilogy will come available on DVD.

Here are the two clips I've probably worn a hole in youtube from over-watching.

And now I am a fan. Those are sharp looking films.