Brood of the Witch Queen 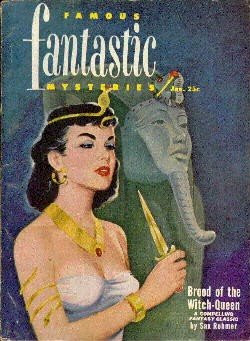 Today's fable comes to us from Sax Rohmer, the creator of one of the most famous villains to cross the pulps, Fu Manchu. But rather than one of the entries in the Fu Manchu mythos I felt it would be interesting to delve into some of his earlier and more pure horror-oriented works.

Brood of the Witch Queen was originally serialized in the British magazine Premier for nine issues. It was later published under the title "The Witch's Son" in Mystery Magazine and finally novelized in 1918.

Brood promises to be a lot of fun, using the serialized nature to pass along several adventures leading into the tombs of Egypt. Though "ancient Egyptian evils" are old hat nowadays, in 1914-1918 it was a fairly new concept for the pulp world. I don't really have much more to say about it than that, so let's get going!

Pick it up at archive.org 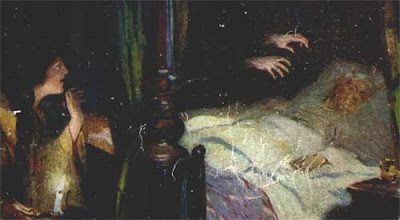